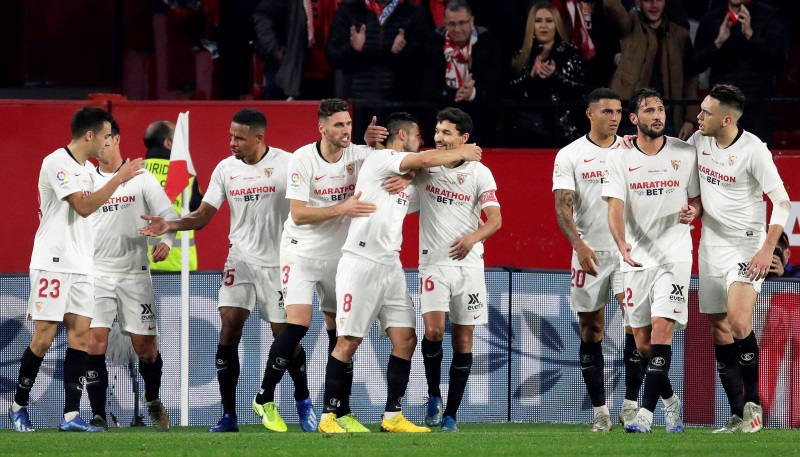 Roma not travelling to Sevilla for Europa League clash

Roma have announced that they are not travelling for their scheduled Europa League tie tomorrow night against Sevilla.

The decision was taken as their plane from the Italian capital was not allowed to land in Spain and despite no confirmation yet from UEFA or from Sevilla, it appears certain that the fixture will now no longer go ahead.

The news follows on from Getafe president Angel Torres confirming his side will not travel to Italy for their scheduled Europa League tie at Inter.

“Unless this situation change a lot, Getafe will not travel to Italy tomorrow,” Torres told Onda Cero on Tuesday night.

“We have asked UEFA to consider an alternative to playing in Milan. We have asked for help from the Spanish FA too.

“If we have to lose the tie, we’ll lose it. I’m not going to take any kind of risk.”

It follows news on how Spanish football will deal with the virus – La Liga president Javier Tebas has ruled out postponing matches unless they receive an update from medical experts on the spread of the disease, but all football outside of the top two divisions has been suspended for a fortnight by the Spanish FA.

There have been calls from several clubs and the AFE Spanish Players Union to postpone matches altogether if the games are to be played behind closed doors.

It follows on from a La Liga statement earlier on Tuesday that all matches in the nation would be played behind closed doors for the next two weeks.

The league is following protocol from the Spanish Council of Sports that all sporting events – both professional and non-professional – be played behind closed doors.

It follows similar measures in Italy (where no sport is now being staged due to a lockdown until early April) and France, while measures are in place across a number of other nations.