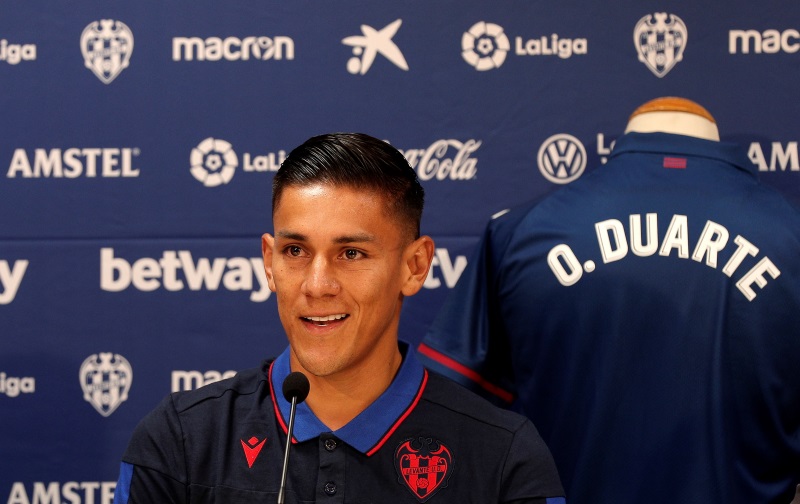 Los Che are able to sign a central defender from a fellow Spanish club after a season-ending injury to captain Ezequiel Garay.

A report in Marca claimed that the club were negotiating with Real Betis for central defender Zou Feddal but it appears that no agreement was reached on the structure of the deal.

Costa Rica defender Duarte – who is also a citizen of Spain – has made six top-flight appearances for Alaves this campaign and would theoretically move to the Mestalla on a loan deal until the end of the season with an agreed fee.

The obscure Spanish football rule – allowing Spanish clubs to sign a player contracted to another Spanish side outside the transfer window, in case of a long-term injury – was brought into the headlines earlier this month when Barcelona controversially signed striker Martin Braithwaite from Leganes.

The Catalan giants triggered the player’s €18m release clause earlier this month, leaving Lega unable to refuse the sale and also without the possibility of signing a replacement.