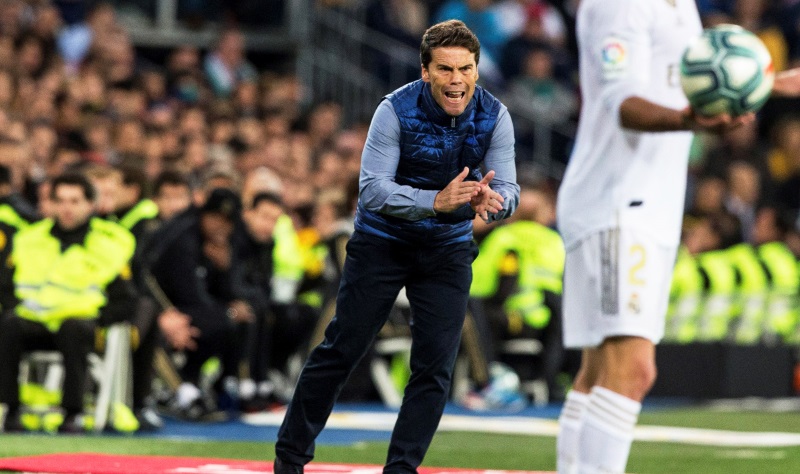 Real Betis boss Rubi insists his side will cause La Liga leaders Real Madrid plenty of problems when they face each other this weekend.

The two sides will go head to head in Seville in what could prove a potential banana skin for Los Blancos, even though Betis have won just once in their last 10 league games.

This means former Espanyol boss Rubi is under pressure at Los Verdiblancos – who are without a win in seven in all competitions, a run stretching back almost two months.

Madrid have lost three of their last six matches in all competitions but did earn a vital victory in last week’s El Clasico against Barcelona, who they leapfrogged at the top of the table.

Rubi added that he had no doubts over his side’s ability to create chances against the strong defence in La Liga and hinted that despite results in recent months he believes his side are headin in the right direction.

“We are aware that we are going through a very delicate moment because the team is not winning matches, but I notice is a lot of unity at all levels of the club,” Rubi told his Friday press conference, as cited by Marca.

“You know Real Madrid, Barcelona, ​​Atlético…they are very strong teams, but we cannot approach them with excess levels of respect. A match can be won by doing things very well. But you are going to see a Betis that will cause a lot of problems for Real Madrid.

“I have the impression that it is a very strong team who concede few goals, but we know that they are not unbeatable and we know our strengths.

“We have worked on how to try to take advantage of their small weaknesses, but it is again key that we take our opportunities when they come along. I have no doubts Betis will create chances.”