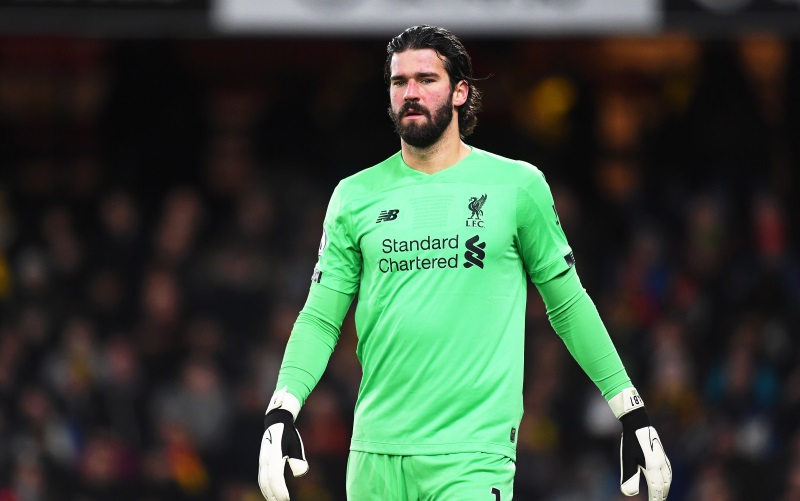 Liverpool goalkeeper Alisson Becker will not feature against Atletico de Madrid in the Champions League Round of 16 second leg, boss Jurgen Klopp has said.

Klopp revealed that the Brazilian goalkeeper picked up a hip injury in training before Tuesday night’s FA Cup defeat by Chelsea and is likely to be out of action for the foreseeable future.

Former Real Betis and West Ham goalkeeper Adrian is once again set to deputise, having played in Tuesday’s 2-0 loss at Stamford Bridge.

“Unfortunately Alisson is out,” Klopp told reporters at his Friday press conference, as cited by Marca.

“He had a little incident in training before the Chelsea game. We all thought it was nothing and it was clear he would not play anyway, the plan was he was on the bench.

“There, we thought, ‘Come on, we don’t have to take any risks’ so left him out of the squad. (There was a) scan the next day and they found something. So now he is out. We will see next week for sure and then we will see.”

The hip injury for the Brazilian goalkeeper – who is widely recognised as one of the best number ones in world football – will come as a massive blow for Liverpool.

Atleti won the first leg 1-0 in the Wanda Metropolitano last month and know that if they can find an away goal at Anfield they can afford a one-goal loss or better and progress to the last eight of the competition.