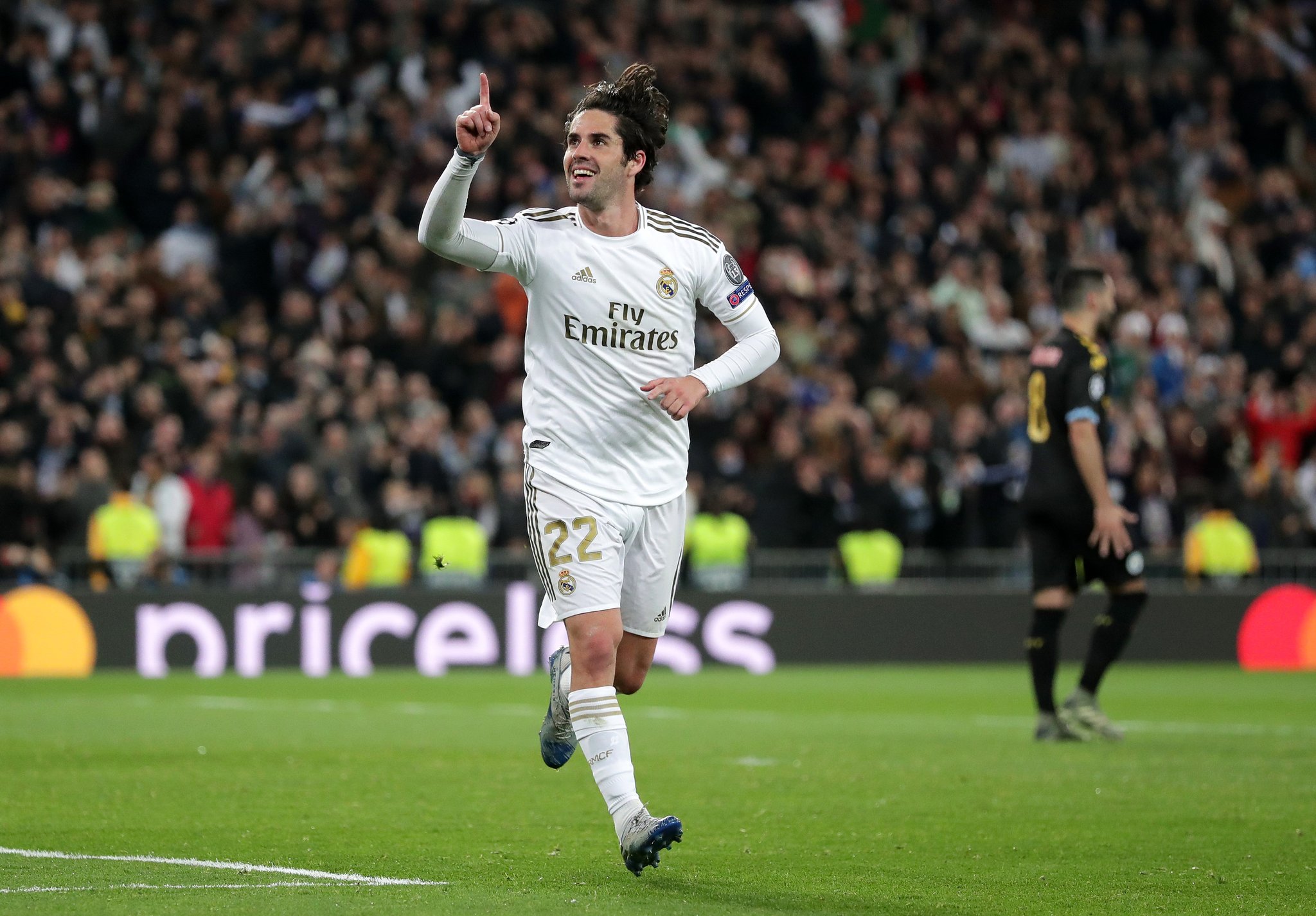 Real Madrid draw first blood in their last 16 tie against Manchester City as Isco puts the La Liga giants 1-0 ahead.

The goal came after a period of Manchester City pressure in which Thibaut Courtois was forced into a couple of fine saves from Manchester City’s Riyad Mahrez.

Kyle Walker was caught in possession by Junior Vinicius who drove towards goal before squaring to Spanish international, Isco who placed a coolly taken finish past City keeper, Ederson on the hour mark.

Madrid out of nothing! 👊

Isco pounces on the Man City mistake, listen to that roar from the home crowd! pic.twitter.com/mfD2tkbKA4

With Aymeric Laporte taken off in the first half, Manchester City’s hopes of a clean sheet have now been scuppered by a clinical Real Madrid, who had previously struggled to create any chances.

Pep Guardiola’s City are still well in this game and will be hoping for a crucial away goal to take back to the Etihad Stadium in the return fixture.

However, with Benjamin Mendy suspended for the second leg, after picking up a yellow card in the first half and Laporte going off injured it has been anything but perfect for the Premier League side.