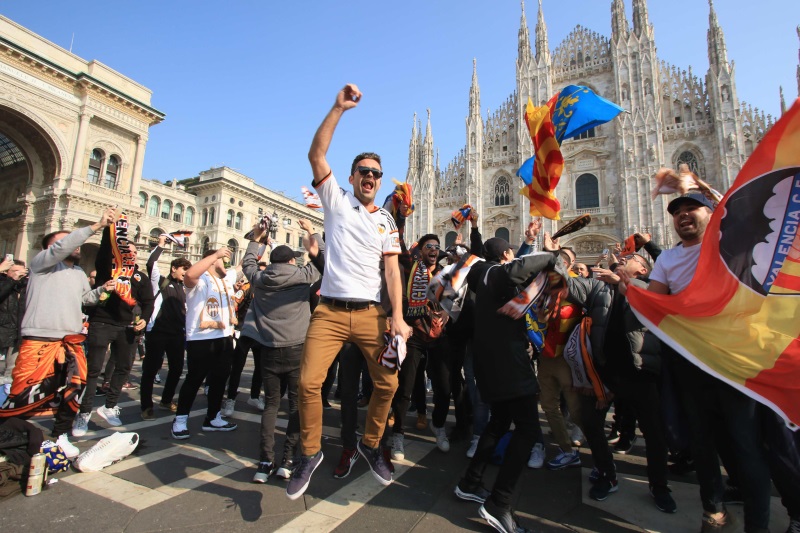 Three Valencia fans who travelled to Milan to watch their team in the Champions League last week claim they have Coronavirus symptoms.

Los Che fell to a 4-1 defeat in the northern Italian city against Atalanta, with the Coronavirus outbreak in the nation seeing multiple sporting events cancelled and Serie A matches being played behind closed doors.

After returning to Spain last week, three fans contacted the 112 number to report that they believed they were experiencing symptoms of the Coronavirus, which originates from China but has now spread to isolated areas of Europe.

The Department of Health in Valencia have now spoken to the media in an attempt to reassure the public over the reports, with it currently medically unclear as to whether symptoms would appear so swiftly.

“They are still being assessed, they cannot be said to be cases under study,” said Hermelinda Vanaclocha, as reported by Marca.

“I imagine there will be three or four people who will have reported this, but that doesn’t mean we believe they have the virus.

“We are talking to them at the moment, and there are fans of Valencia who were in Milan, but this is all pending evaluation and it is just that at the moment.”

It is advised that anyone who believes they may have symptoms of the virus to stay at home and contact the 112 number.