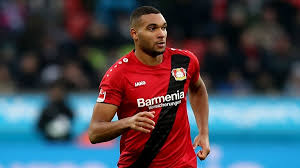 Diego Simeone is set to dip into the transfer market ahead of the 2020-21 campaign, and according to reports in German newspaper Bild, Tah is a target.

Atletico Madrid have also been linked with Real Valladolid centre back Mohammed Salisu, who has a €12M release clause with Sergio Gonzalez’s side.

Tah, who is under contract with the Bundesliga side until 2023, has also attracted interest from other European sides so far this season.

Arsenal and Juventus have both been linked with a move for the German international over the past 12 months, and the pair could rival Atletico with a bid this summer.

The 24-year old, who came through the youth ranks at Hamburg, has been a regular for Leverkusen following his arrival in 2015, and Peter Bosz’s side are likely to demand a fee in the region of €45M to consider a sale.