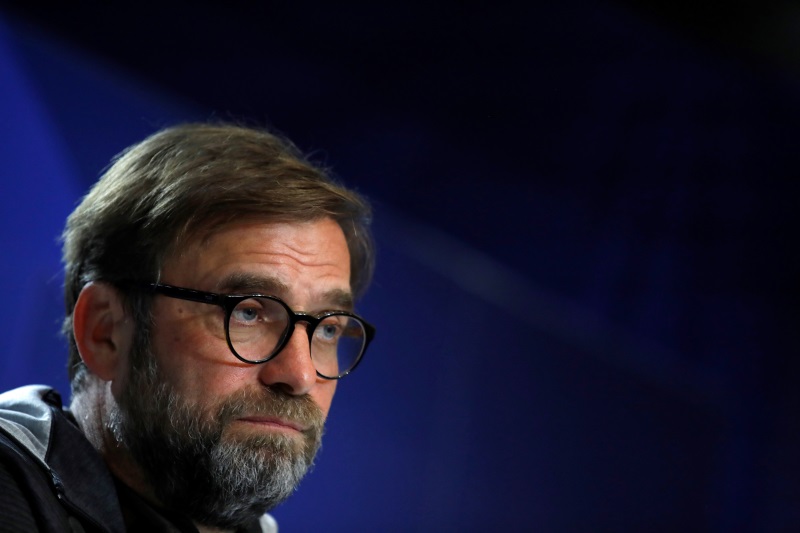 Liverpool boss Jurgen Klopp believes facing Atletico de Madrid is one of the most difficult propositions for any footballer.

The Spanish side are huge underdogs for their clash against the English Premier League leaders, who have collected an incredible 76 points from 78 available this season.

Furthermore, the Reds – who have not won a domestic league title since 1990 – have dropped just two points in their last 35 league matches stretching back to March 2019, with a 1-1 draw at Manchester United four months ago.

By contrast, Atleti have struggled for form all season and they currently languish in fourth place in La Liga, a whopping 13 points behind city rivals Real Madrid and just three points ahead of Real Sociedad, in eighth.

However, Klopp – who won the competition in the Wanda Metropolitano last season – insists that Los Rojiblancos are a huge challenge for them.

“Playing against Atlético is one of the most difficult things in life,” Klopp is cited as saying in his pre-match press conference by Marca.

“Playing against Atletico is one of the most difficult things in the life of a footballer,” Klopp is cited as saying by Marca.

“They are a very well-oiled machine, which brings results from all matches, this year they may be going through a time of transition, but they will have opportunities and it will be complicated for us.

“What they have played this season is not as bad as people say and does not take away any opportunities for tomorrow.

“We will have to be playing at our optimum to win.”

Atleti host Liverpool in the Spanish capital on Tuesday night in the first leg of their Round of 16 clash.

Villarreal could double their money amid Liverpool interest in Arnaut Danjuma
4 January 2022, 8:00