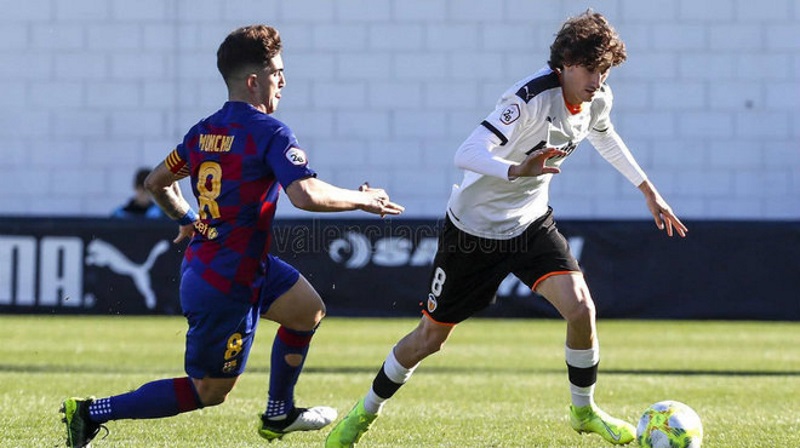 Valencia have tied down their highly rated teenage midfielder Carles Perez down to a one-year contract extension.

As reported by Marca, a number of other clubs were making enquiries about the central midfielder, whose previous contract had been set to expire this summer.

English Premier League duo Chelsea and Everton were said to have already compiled reports on the player and made direct enquires to the player’s representatives.

Real Madrid, Atletico de Madrid and Villarreal were all said to have been monitoring the player’s situation and believed there was a possibility he would join them.

Perez has been at the Mestalla since 2016 after he previously represented the youth teams at Alboraya and Levante.

The midfielder has progressed through various youth categories at Los Che and was promoted to their B side last summer, where he has excelled this season.

The 20-year-old is said to be one of the most promising players in Spanish football.