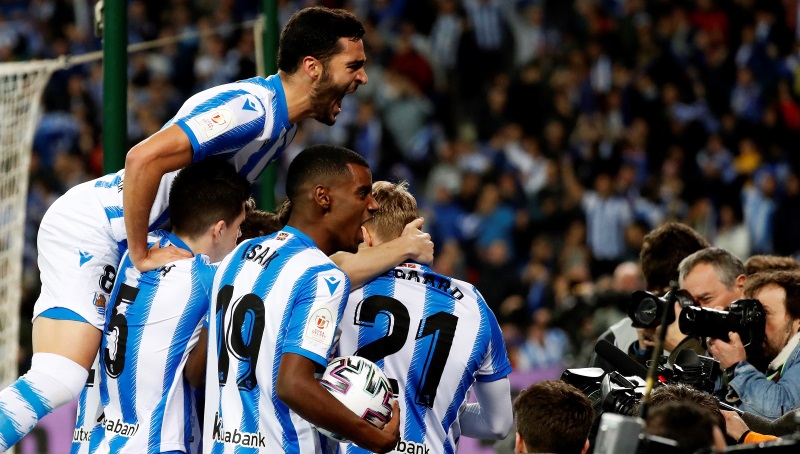 Second division Mirandes still hold out hope of progressing to this year’s Copa del Rey final after narrowly losing the first leg of their semi-final at Real Sociedad.

All three goals came in the first half – Mikel Oyarzabal gave the hosts the lead from the penalty spot, but Matheus Aias levelled proceeding six minutes before the break.

However, there was parity for just three minutes as Martin Odegaard – a star for the Basque club this campaign but who, this goal aside, had a quiet night – restored La Real’s advantage.

The second leg will be staged at the Estadio Municipal de Anduva in Miranda de Ebro on 4 March.

Imanol Aguacil’s Real Sociedad had also caught the eye to reach this stage, securing a remarkable 4-3 victory at Real Madrid in the quarter finals last week.

There is still the possibility of a Basque derby in the decider, as Athletic Club Bilbao edged out Granada 1-0 in their semi-final first leg on Wednesday.