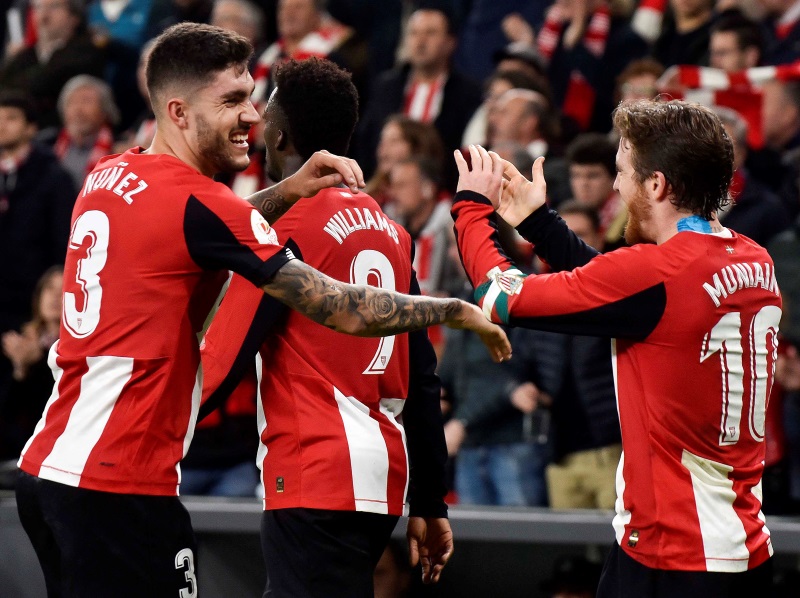 Athletic Club Bilbao edged out Granada 1-0 in the first leg of their Copa del Rey semi-final on Wednesday night.

Iker Munain struck three minutes before half time to win the game for Gaizka Garitano’s side and give them a slight advantage at the halfway point in the tie.

The game was decided thanks to superb link-up play between Munain and Inaki Williams for Los Leones, a fitting way to settle the tie as the Basque duo were the two star players on the pitch.

The standout player for the visiting Andalusian side was goalkeeper Rui Silva, who made a string of saves and a series of important interventions for Granada.

The second leg of the semi-final will be played on 5 March in Granada’s Los Carmenes stadium.

The first leg of the other semi final between Real Sociedad and second tier Mirandes will take place on Thursday, with the possibility of an all-Basque final growing ever stronger.