Barcelona have been boosted by the return to training of forward Ousmane Dembele.

The French international has been out of action since suffering an ankle injury against former club Borussia Dortmund, in their 3-1 Champions League win on November 27.

The 22-year old underwent a period of rehabilitation under the supervision of the club's medical staff, in Qatar, before his return to Spain earlier this month.

He has now completed the final stage of his recovery, and according to reports in Diario AS he has now returned to full training under new manager Quique Setien.

However, despite the positivity surrounding his potential comeback, he is not expected to be back in first team action for another two weeks, with the La Liga home game against Getafe on February 15 pencilled in as a potential return date.

Setien will welcome his return to the side, with Luis Suarez set to miss the rest of the season, after undergoing knee surgery, leaving Lionel Messi and Antoine Griezmann as the only senior striker in the squad. 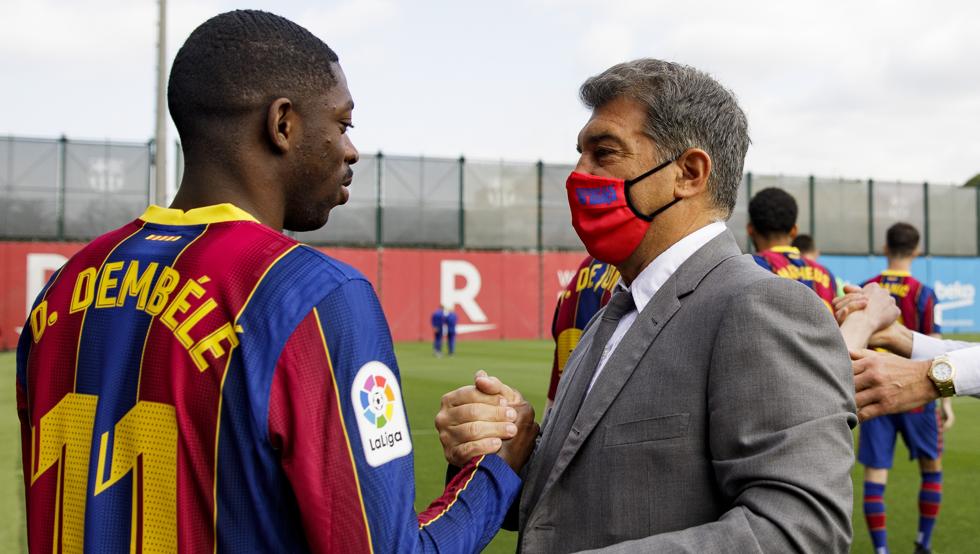