Marco Verratti has agreed to extend his contract with French giants Paris Saint-Germain until 2024, according to a report in RMC Sport.

The technically gifted midfielder, who has been at PSG since 2012, is believed to have signed a three-year extention, as his current deal runs out in the summer of 2021.

The Italy international was heavily linked with a move to the Camp Nou in the summers of both 2016 and 2017, but the deal never materialised.

The midfielder joined the Parisians from Pescara and has won three caps at international level for the Azzurri, scoring three times for his nation.

The 26-year-old has won winning six Ligue 1 titles, five league cups and four French Cups across a trophy-laden career for PSG, who have dominated French football but struggled in European competition.

Verratti has made 290 appearances in all competitions for PSG, scoring nine goals and registering 48 assists. 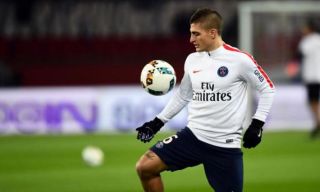 Agent of Marco Verratti on the broken move to Barcelona: “I started with a Kalashnikov and ended up with a water pistol”
16 February 2021, 15:19