Former FC Barcelona midfielder Xavi Hernandez has moved to quieten speculation about his potential return to the club.

Xavi, who is currently managing Qatari side Al Sadd, has been linked with a potential return to replace current boss Ernesto Valverde, but he has insisted that is not on his mind at the moment.

"People expect a lot from me (as a coach), he told an interview with Catalan newspaper ARA.

"Of course I would like to be seen as a potential, I have said before it would be a dream to manage FC Barcelona.

"But it will be hard to know when to return, as I will need to grow in experience as a coach.

"FC Barcelona is a club wig big expectations, and I would need to be ready for that."

Xavi won eight La Liga titles as a a player with FC Barcelona between 1999 and 2015, as well as four Champions League titles. 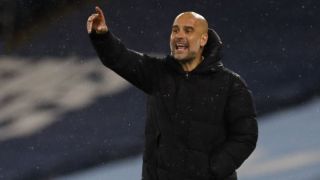