VAR technology delayed La Liga matches this weekend by over 32 minutes as it has come under question in Spain.

TV show Vamos Movistar has calculated that matches were delayed for a total of 32 minutes and 26 seconds due to reviews taking place within the games.

The match disrupted more than any other was Granada’s victory at Celta Vigo, which was prolonged by a total of nine minutes and five seconds – a game in which the hosts had two players sent off.

Marca adds that there are concerns that the delays are disrupting the natural flows of the games – a premise which the technology advocates denied would happen upon its introduction.

Another game which was heavily disrupted by VAR was Getafe’s draw at Real Betis – which was delayed for a total of six minutes and 52 seconds.

But most games have had similar delays – Real Madrid’s win over Levante was delayed by VAR for four minutes and 56 minutes, while Real Mallorca against Athletic Club Bilbao was four minutes and 18 seconds. 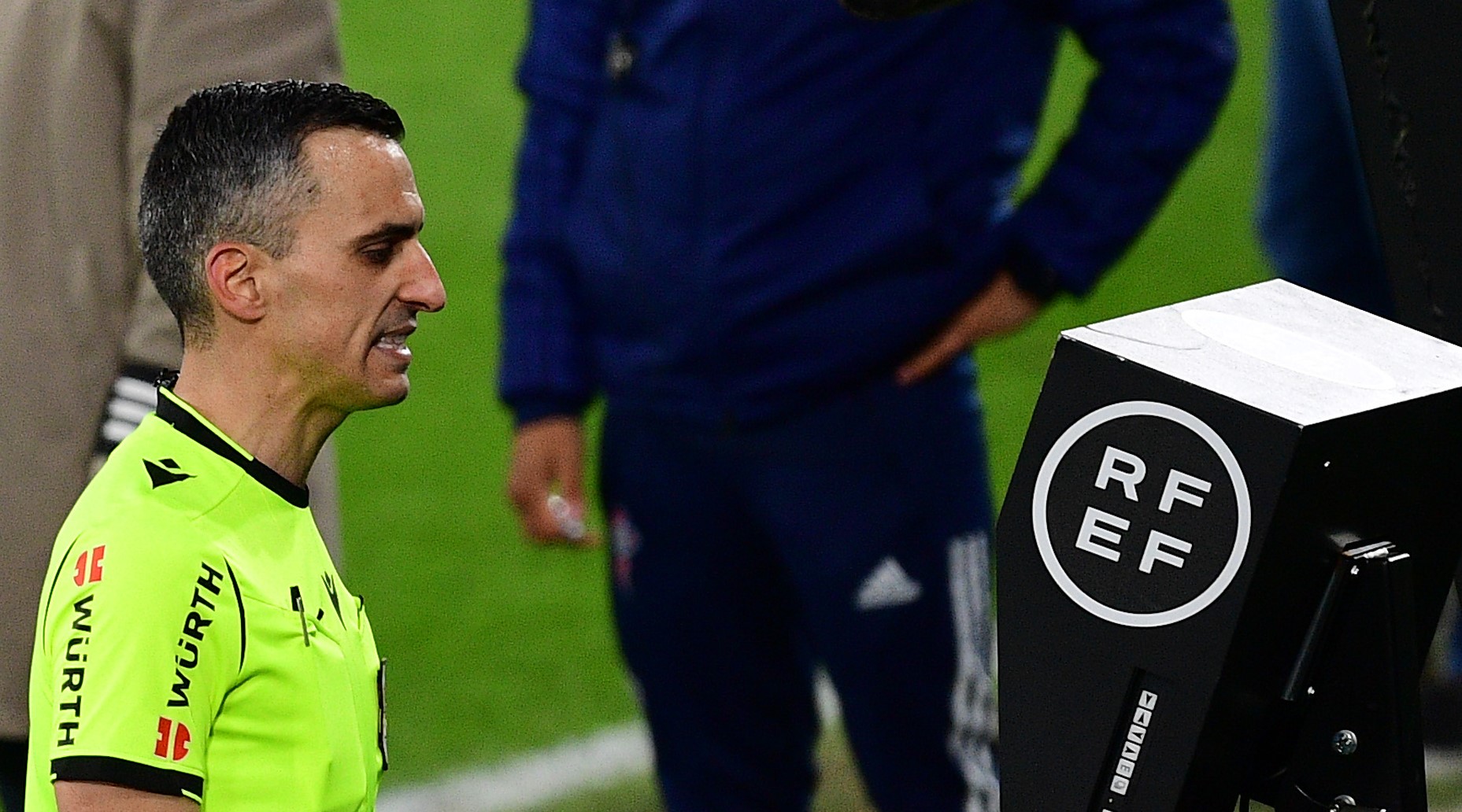 Emilio Butragueño speaks out against VAR after Real Madrid’s 4-1 defeat at Valencia
9 November 2020, 8:59