Atletico Madrid are considering a deal for Manchester City defender Nicolas Otamendi but must pay €25m, according to Diario AS.

The Argentine defender joined City from Valencia in the summer of 2015 for €45m and has helped the club to two league titles since but is available for transfer this summer.

Vincent Kompany and Aymeric Laporte have recently established themselves as the first-choice defenders at City while John Stones is also higher in the pecking order.

City are said to value Otamendi at €30m but agent Jorge Mendes is said to be key in reducing this for Atleti, who are in desperate need of defensive reinforcement.

Club captain Diego Godin has confirmed he is leaving on a free transfer this summer while Lucas Hernandez has agreed a move to Bayern Munich while Juanfran and Filipe Luis are also set to leave when their contracts expire.

Atleti midfielder Rodri has been linked with a €70m summer move to the English champions and Otamendi’s future may be discussed in any potential move. 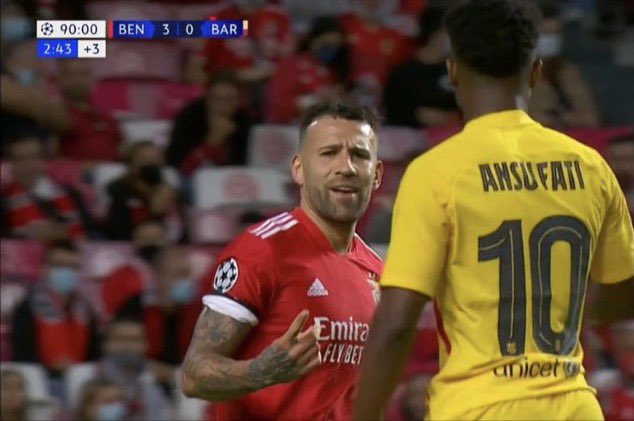 Watch: Nicolas Otamendi filmed asking Ansu Fati who he was during Benfica’s defeat of Barcelona
30 September 2021, 19:43