Atletico Madrid are ‘one step away’ from completing the signing of FC Porto defender Felipe, according to a report in Marca.

The Brazilian defender is close to completing his third season at the Portuguese giants having signed from Corinthians in the summer of 2016.

The 29-year-old has subsequently earned international recognition with Brazil and has become one of the mainstays in the defense of Porto.

His defensive partner Eder Militao has already agreed a €50m summer switch to Real Madrid while teammates Alex Telles and Hector Herrera have also previously been linked to Atleti.

However, his contract in Portugal expires in 2021 and the club acknowledge that his market value now falls beneath this. 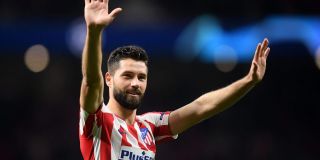