Villarreal forward Samuel Chukwueze is the subject of interest from Premier League clubs, according to a report in Marca.

The 19-year-old Nigerian is enjoying an impressive debut campaign in the Yellow Submarine’s first-team squad and his contract contains a €40m release clause.

The talented teenager joined the Spanish club in 2017, despite being heavily linked to both Porto and Monaco, and has netted seven goals in total this season.

He impressed during Tuesday night’s pulsating 4-4 draw against Barcelona, in which he scored, which is said to have alerted many top-flight clubs in England.

However, Villarreal are likely to resist any approaches and potentially attempt to tie the forward down to a new contract. 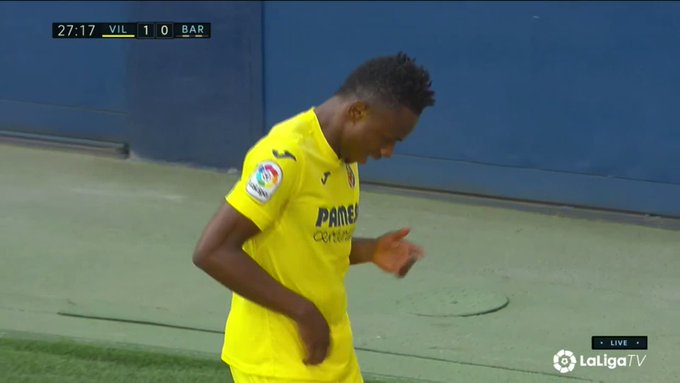