Juventus are growing confident on a deal for Real Madrid defender Raphael Varane this summer, according to multiple reports.

The 25-year-old joined Madrid in 2011 from Lens and has made 268 first-team appearances since, netting 12 goals and winning 16 trophies, including four Champions League crowns. 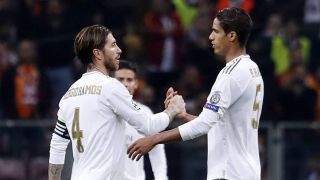