Lazio boss Simone Inzaghi admits he ‘did not like’ the performance of English referee Anthony Taylor during his side’s 2-0 defeat at Sevilla.

The visitors were left frustrated by decisions when an early Senad Lulic penalty appeal was rejected and Adam Marusic was later sent-off.

“We put in a strong performance, but not scoring a goal over two legs means you are going out,” Inzaghi told the Lazio Style Channel.

“There are regrets, we created a great deal over both games, but above all today. We should’ve opened up the tie again with an away goal and then pour forward in the last 25 minutes.

“We’re disappointed at the exit, we should’ve done better at turning the incidents in our favour. Obviously, before the game we didn’t intend to use Sergej Milinkovic-Savic and Ciro Immobile for the whole 90 minutes, but Ciro managed to stay for the whole match.

“I don’t want to seek alibis, but I did see the footage back and it was a penalty on Lulic. The Marusic red card was over the top. I didn’t like the refereeing in either of the two legs, but the fact remains we were still unable to score.” 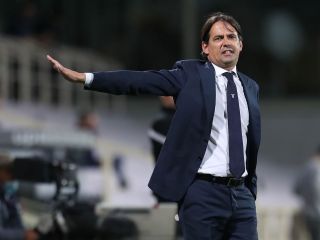 Simone Inzaghi ready for Real Madrid: “We will play with the knife between our teeth”
14 September 2021, 13:33