Iker Casillas: ‘Delighted’ to return to Spain or Real Madrid

Porto goalkeeper Iker Casillas admits he would be ‘delighted’ to return to Real Madrid or the Spain fold.

Casillas is widely considered Madrid’s greatest-ever goalkeeper, leaving for Porto in 2015 as their second-highest appearance holder, while there is a clamour for the 37-year-old to end his Spain exile in light of David de Gea’s recent performances.

“I think I did the right thing,” he told former Blancos man Jorge Valdano in an interview to be aired on Movistar+ next week.

“I think had I continued at Real Madrid, my time there would’ve ended worse than it did.

“If Spain call me up, would I go back? I’d be delighted to. If Madrid called me? Of course, I can’t forget where I grew up…” 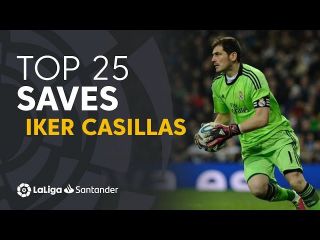