The radio station claims the former Barcelona player is the preferred option of Madrid boss Julen Lopetegui to replace Mateo Kovacic, who has joined Chelsea on a season-long loan.

Thiago is well known to Lopetegui, having played under him for the Spanish national team, and Onda Cero has it that an agreement has been reached with the player and now it just needs Bayern to rubber-stamp it.

The 27-year-old is understood to be keen on a move back to Spain, where he came through Barca’s famed La Masia academy as a youngster before progressing to the first team, and is eager for a new challenge in La Liga.

Thiago has a contract with the Bavarians until June 2021, having joined them from Barca in 2013, and would cost around €50m. 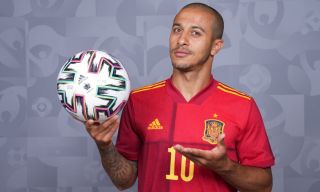