Chelsea have ruled out a move for star attacker Eden Hazard and are set to offer him a new bumper contract, according to reports.

The Belgian playmaker is said to be a prime transfer target for Real Madrid this summer after enjoying a strong World Cup with his nation.

A report in The Mirror says the FA Cup winners would even reject bids of £170m (€195m) for Hazard – which would represent the second most expensive transfer of all time.

The 27-year-old’s deal at Stamford Bridge expires in June 2019 but they are also set to offer him a new contract worth a reported £300,000 in order to extend that stay.

Madrid reportedly see him as the ideal ‘Galactico’ to replace Cristiano Ronaldo, who left for Juventus in a €100m deal earlier this month.

Barcelona are also said to have held an interest in the Belgian international, but do not see his signing as a priority. 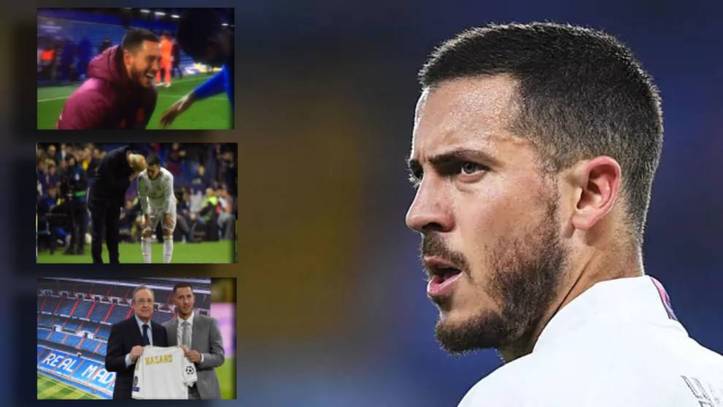