Former Spain defender Carlos Marchena is reportedly set to replace Fernando Hierro as the RFEF’s sporting director – in a blow to Sevilla.

Hierro parted company with the federation on Sunday after Spain’s last-16 exit at the World Cup, and Mundo Deportivo claims one of his assistants in Russia will succeed him in his previous role.

Marchena made over 500 appearances as a defender for the likes of Valencia, Villarreal and Deportivo La Coruna and played 69 times for Spain, winning a World Cup and European Championship.

The 38-year-old had recently been appointed to work alongside new Sevilla sporting director Joaquin Caparros, but the newspaper expects him to honour his ‘agreement in principle’ with La Roja. 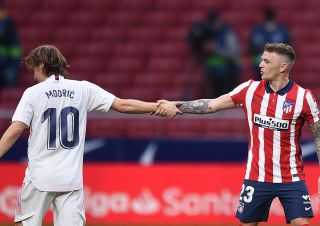