Diego Maradona will apologise to Sergio Ramos if he ‘offended’ the Real Madrid and Spain defender but insists ‘he’s still not a crack’.

Maradona claimed before Spain’s 1-0 win against Iran in the World Cup group stage that Ramos could not be considered a ‘crack’ unlike his Atletico Madrid and Uruguay rival Diego Godin, prompting the Seville native to suggest the Argentina legend was ‘light years away’ from Lionel Messi.

“I sent a message to Fernando, who for me was a monster as a player. He didn’t answer me, but I understand. He must be very busy, given he started from scratch,” he continued to Marca.

“In that message, I told him that it’s not experience that matters but rather ability, and he has it.

“I’m sure he has a strong character and won’t let himself be controlled or manipulated. I hope to greet him soon in person.

“Rubiales right to sack Lopetegui? Very much so, he was very brave. He did what I would’ve done as President of Dinamo Brest [the Belarusian club that he chairs].

“I would’ve acted the same. Lopetegui wasn’t only the President’s Coach but also the Coach who represented all Spaniards. It was a lack of respect, so Rubiales’ decision is justified.

“Neither the players, fans nor leaders have, in my opinion, anything to be criticised for.

“‘Tiki-taka’ boring? No, it doesn’t bore me, but maybe there are decisions in the game that, back then, were taken by others, like Xavi Hernández, and now there are other players… Still, possession of the ball is crucial to the confidence of a team.

“Ramos still not a ‘crack’? If he wants, I’ll apologise, but I’m not going to change my way of seeing football just for him.

“He’s a great player, a great captain, and he can become a good leader for Spain like we’ve seen him do for Real Madrid… but for me, he’s not a ‘crack’!

“You know me well, I don’t care what people say. I think freely. Therefore, if Sergio was offended, I apologise, but I’ll still think in the same way.

“A Spanish ‘crack’? Xavi was one… As for now… I’m struggling… but yes, Iniesta is a complete ‘crack’.

“He plays as if he’s wearing tailcoat and suit, with dress shoes, and has no problems.

“Spain have some very good players, are a great team and hopefully with Fernando Hierro, they’ll find the right path and forget the Lopetegui saga.” 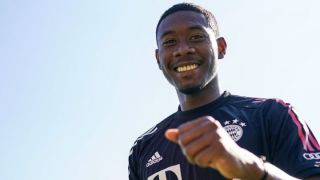 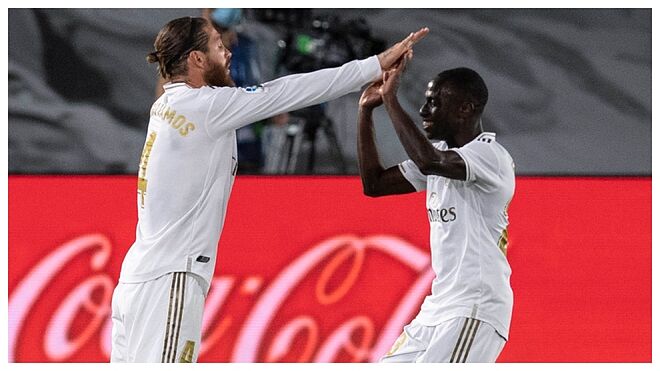 Sergio Ramos and Ferland Mendy could be fit to face Chelsea in Champions League semi-final second leg
2 May 2021, 15:50