Real Betis are urging Mikel Merino to make a decision over his future so they can formally discuss his transfer with Newcastle United, say reports in Spain.

Marca say Los Verdiblancos are the frontrunners for a move this summer despite interest from Basque duo Athletic Club Bilbao and Real Sociedad.

Earlier this week, ABC de Sevilla and Sevilla Info both reported that the player has met with Betis vice president Lorenzo Serra Ferrer and Coach Quique Setien, with the meetings said to be productive.

However, the Seville-based club need a definitive ‘yes’ from the player before they can talk formally with the Magpies, continues the report. 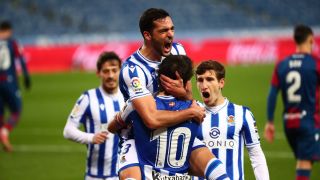