Real Betis are preparing to sign Genk midfielder and Norwegian international Sander Berge, according to reports in the Spanish press.

The 20-year-old was heavily linked with a move to Sevilla last summer but a report in Estadio Deportivo now states he has ‘moved up to the top of the agenda at Betis’.

Genk reportedly want in excess of €10m having signed the Norwegian from Valerenga from €2m in January 2017 and could ask for as much as €15m.

However, Los Verdiblancos are said to be willing to make an offer of instalments and add-on clauses which the Belgian club would be willing to accept. 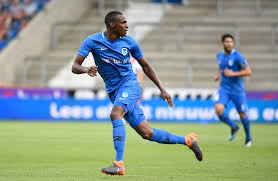