Athletic Bilbao forward Inaki Williams is ‘on track’ to sign a new deal with the club to commit his foreseeable future to the San Mames.

The 23-year-old’s current deal in Bilbao runs until June 2021 with a release clause of €50m but this is set to increase by two seasons with a reported extra €20m inserted into his clause.

“Both me and the club have the same idea for my renewal, everything is on track,” Williams is quoted as saying by Marca.

“This is my home and I’m very happy here, everybody knows this and in terms of my future, this is nothing to talk about, there are now only small issues to resolve before it is signed.

Williams has made 98 top flight appearances for the Basque giants and has already netted five goals this campaign. 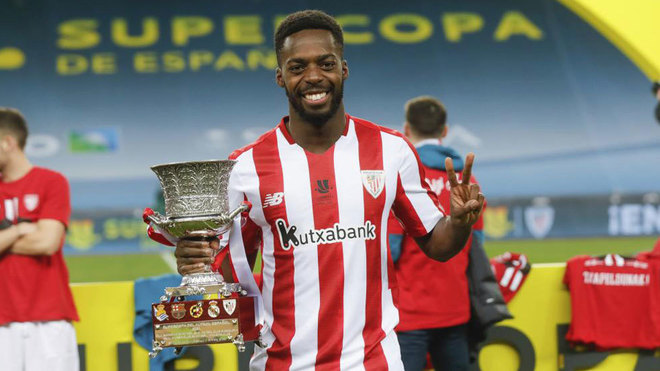