‘Paulinho will be Barca bargain’

Former Barcelona full-back Dani Alves claims Paulinho “is going to be a bargain” after the midfielder scored again on Tuesday.

Shortly after Paulinho headed home during Barca’s 6-1 victory over Eibar for his second goal in as many appearances, Alves took to Instagram, where he posted a video of his fellow Brazilian’s goal and wrote a celebratory message.

The 29-year-old only joined the Blaugrana last month for €40m but was quickly written off by many due to his struggles with Tottenham Hotspur and having arrived from Chinese side Guanzghou Evergrande. 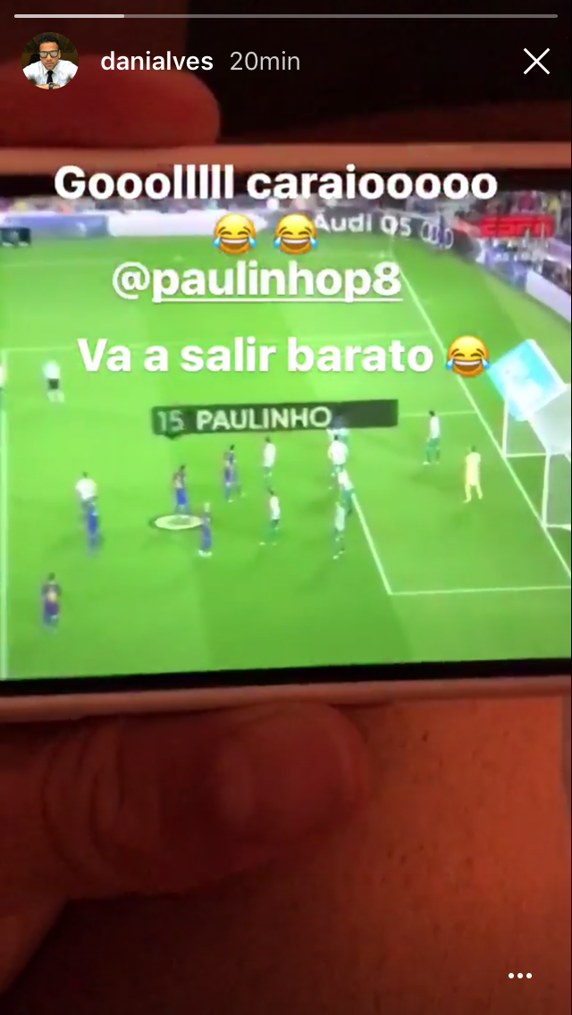