Villarreal are set to sign Spain international Pablo Fornals from Malaga in a €12m deal, say various reports in Spain.

Malaga-based Diario Sur broke the news that the highly-rated 21-year-old had agreed a move to El Madrigal with the Yellow Submarine willing to trigger his current release clause.

The attacking midfielder won his first international cap in May and had been linked previously with a move to Arsenal, but his intention for now is to remain in Spain.

It will represent another blow to the Costa Del Sol club after missing out on Jorge Mere – who joined FC Koln from Sporting Gijon – and follows the departures of Carlos Kameni and Ignacio Camacho. 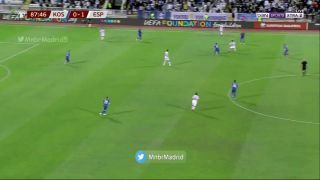