Newly promoted Girona have completed the signing of Middlesbrough forward Cristhian Stuani on an undisclosed fee, the club have confirmed.

The Uruguay international has joined the Catalan club on an undisclosed fee after netting 16 times in 66 outings for Boro.

The 30-year-old scored the decisive goal against Brighton in May 2016 to lift the club into the Premier League and he also netted twice in the club’s 2-1 win at Sunderland last season.

Boro signed the Uruguayan international in 2015 after he spent three seasons at Espanyol while he previously had stints at Racing Santander, Albacete and Levante.

Stuani is the second player to switch from the North East club to Girona this season following Colombian defender Bernardo Espinosa. 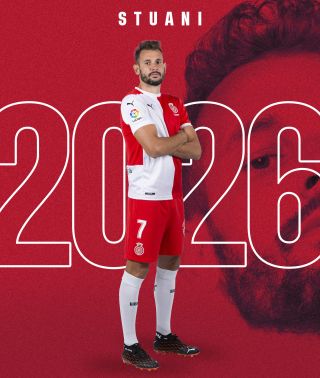