Celta Vigo have announced that winger Theo Bongonda has left the club to join Turkish side Trabzonspor on a season-long loan.

The move was confirmed by Celta on their official website, although Superdeporte reports Trabzonspor have paid €750,000 to loan Bongonda and are obligated to buy him outright for “around €3m” if he plays 15 official matches.

The Belgium Under-21 international made 42 appearances for the Galicians last season but appeared little in their journey to the Europa League semi-finals.

He had been linked with Arsenal before joining Celta in January 2015 and issued a come-and-get me plea to Chelsea, Manchester United and Atletico Madrid in April. 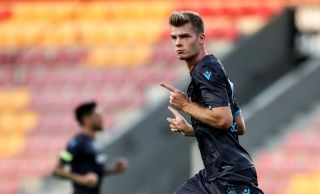