Jorge Sampaoli has hinted that Sevilla will look to sign a striker in January after losing Carlos Fernandez to a serious knee injury.

Fernandez left training on a stretcher a fortnight ago with a partial tear of the anterior cruciate ligament in his left knee, leaving Sevilla down to just Luciano Vietto and Wissam Ben Yedder on the striker front for the foreseeable future.

“The next game is the most important, so we’ll play the best players we have available,” the Coach said at a Press conference for Saturday’s match against Leganes in La Liga.

“Taking each game as it comes gives the possibility to leave nothing aside, so we’re only talking about Leganes.

“We haven’t set anyone aside. Mentally, we can create some kind of change over the next three or four games, but starting this new stage, after the international break, it’s best to play the best beyond the fact that our next game is in three days. We’re ready to face these [games].

“We have to think about winning, it’d leave us in an exciting position. The statistic [of no away wins] doesn’t belong to this team, we didn’t inherit it.

“We can only talk about this season onwards and we want to win because, beyond the fact that our opponents are difficult at their place, we want to continue with excitement in the table.

“We’ve played three away games, of which we’ve drawn two and one we lost at the end. I can talk about these three games, in which the fluidity of our game hasn’t been the same as at home.

“We’ll try to channel this for the future and achieve important victories both at home and away.

“Carlos Fernandez? [His ACL injury] has created a trauma that we’ll see if we can cover with the players we have.

“But given we play in such important competitions and have only two strikers, it’s a problem. We can dip into the winter transfer market, yes, but many things must be defined before someone can arrive.

“Firstly, we’ll have to see if we solve it from within because this problem has created a bit of concern.

“Rami and Carrico are still in the final process of recovery and them travelling for this match would be too risky.

“We’ll see whether one of the two can travel to [Dinamo] Zagreb. The rest are available except Kiyotake, who’s just come back from a long journey.

“Tremoulinas? His recovery is still very slow. He’s an interesting player that could give us a lot of fluidity in attack, but it’s currently impossible to think about when he might return.”

Finally, on being paired with Formenteros in the Copa del Rey last 32, Sampaoli noted: “We don’t know much about our opponents, we’ll analyse them in the future.

“It’ll be difficult, but we’ll try to overcome a team that will play all their chips.” 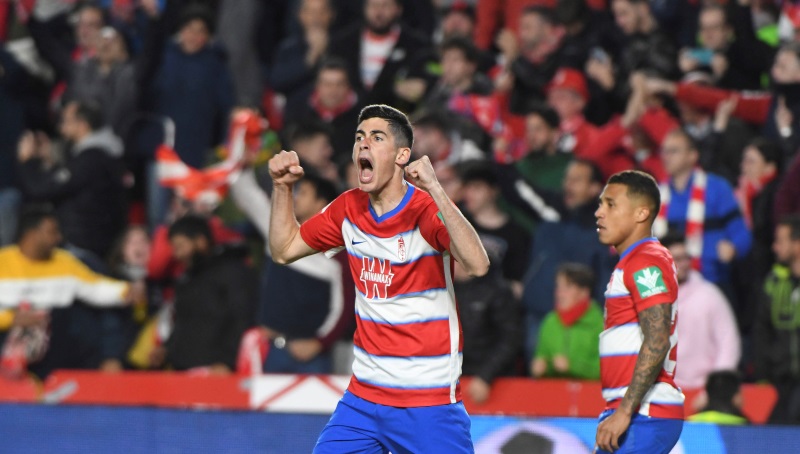