Sergio Busquets has been dropped for Barcelona’s early trip to Leganes in La Liga and is joined by Lucas Digne and Aleix Vidal.

According to Sport and Mundo Deportivo, Barca have made the decision of resting Busquets in light of an upcoming fixture pileup, while Digne has been cut on the grounds of rotation and Vidal has paid the price for a disappointing performance in last weekend’s shock 2-1 defeat to Alaves.

“I’m satisfied with the performance of all my players,” responded Coach Luis Enrique to a question about Vidal’s absence at a Press conference on Friday.

“We estimate a run of seven games in 23 days and we’ll act based on how the players end the games.

“The objective is to win, and from there we’ll see what we can do to adapt, remain effective in terms of results and care for the players.

“Everyone is aware [of rotation]. With a schedule of 60-odd games, it’s virtually impossible for a player to play 90 minutes every game.

“Barca are the same [regardless of who plays]. There are 11 lads dressed in Barca kits.

“We’ll win things with all the players that wear Blaugrana shirts. There’s no J, H or Z team.” 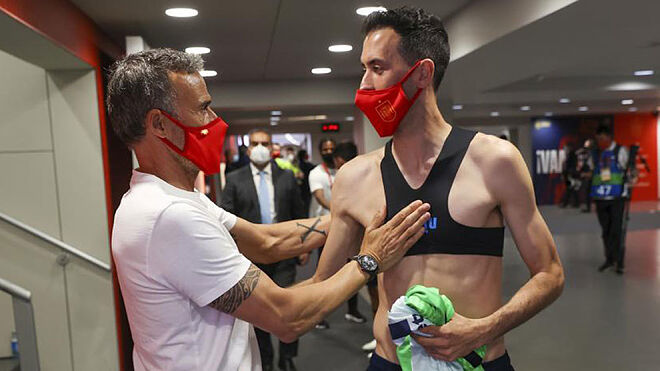