Sergi Roberto insists he is enjoying playing at right-back for Barcelona, despite it not being his usual position.

The 24-year-old has started both of the Spanish champions’ La Liga matches this season at full-back, despite originally being a central midfielder.

However, in an interview with Esport 3 while on international duty with Spain, the Camp Nou player explained how his teammates have helped him get used to the role.

“I am getting used to it,” Roberto said. “At the beginning it was new for me, but in the end my teammates made everything easier.

“I am getting used to it and enjoying it.

“The whole team has started at a great level and, from a personal point of view, I am very happy. The Coach is showing faith in me and this is the path I want to follow.”

Roberto also expects a close fight for the La Liga title this season.

“Last year we did things very well and all the teams want to beat us. It will be a very hard-fought League with Madrid, Atletico or maybe another team.” 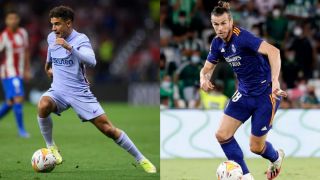