Atleti to negotiate for Silva?

Atletico Madrid could use their presence in Monaco for the Champions League draw to open talks for Bernardo Silva.

AS suggests Atletico interest in the Portugal international and with the draw for the group stage taking place in the principality on Thursday, and Monaco part of it after beating Villarreal, it’s claimed Los Colchoneros could open talks.

Silva, who scored against the Yellow Submarine in the first leg at El Madrigal, has been a Monaco player since 2014, costing €15m from Benfica and signing a contract to 2020.

Atletico’s interest is said to be long-standing and known to the 22-year-old, and Atletico are understood to be in the market for another player or two before the window shuts as they move a handful of Diego Simeone’s fringe players out on loan. 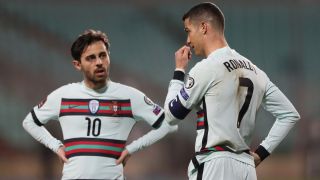