Barca: No Messi or Suarez scandalous

Suarez and Messi only came fourth and fifth respectively in the running for the award to acknowledge Europes best player of last season, with Cristiano Ronaldo, Gareth Bale and Antoine Griezmann preferred, prompting Mestre to hit out at UEFA.

“It doesn’t seem the right decision to me at all,” he told TV3 prior to Barca’s friendly against Liverpool at Wembley on Saturday.

“I don’t know what criteria UEFA applied, with all respect to the chosen winners, but I disagree [with the choices.

“That our players aren’t there, such as Suarez or Messi, is scandalous. The club are very disappointed and angry.” 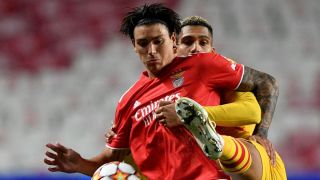