Raul stopped short of saying Real Madrid need to appoint a sporting director but accepted it’s an important position in any club.

Los Blancos don’t have anyone overseeing transfers in the way of a Monchi at Sevilla, and in a long interview with AS – in which he discussed how his team would play, Zinedine Zidane as a Coach and Vicente del Bosque – he also championed the role of sporting director.

“Should Madrid have a sporting director? At the moment…that’s a question for the President. I think having a sporting director is important. Someone to facilitate communication between the club and the staff, and to plan. But not only at Madrid, but for all teams,” he admitted.

“It’s a structure I’d always keep. Madrid managed to win the Champions League. But I think it’s necessary for the Coach to be his own man. I like teamwork. And for that we have to have a structure that covers everything and in which there is fluid communication. 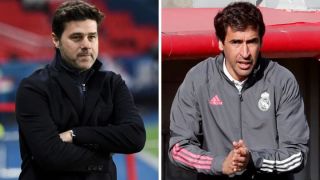 Real Madrid to choose between Mauricio Pochettino and Raul to replace Zinedine Zidane
30 May 2021, 17:37