Real Betis boss Juan Merino has urged Joaquin Sanchez to “show he’s a big player for us” after recalling the winger for Saturday’s visit of Levante.

Joaquin was dropped for Betis’ 5-1 defeat to Atletico Madrid last weekend – which extended the side’s run of losses to three games – but he is back to face Levante and Merino revealed the veteran had been omitted on grounds of his “attitude”.

“It’s clear that if we win, it would mark a distance which would be difficult for other teams to make up,” the Coach said at a Press conference.

"Anxiety doesn’t have to exist because at home we’re in very good form, a good dynamic.

“Betis normally play every Sunday, but we’ve played late every week since I took over the team so we’re accustomed to this type of game, and it’s a very important game.

“[On Joaquin Sanchez’s recall], he didn’t travel to Madrid because of his attitude.

“Still, he’s a player who has spent many years at a professional level.

“He’s always made the difference; and trained normally. With me, he’s had to change in order to show more intensity in training and pick up the pace, and he trained impressively this week, with good intensity.

“Now he has to show he’s a big player for us, regardless of whether he was summoned last week or not. He’s a player who can withstand this kind of pressure.

“This is my best spell [as Coach]. Although we’ve suffered three defeats, Merino isn’t under pressure or in his worst spell. I’m stronger than ever. We’re only thinking about winning this game.” 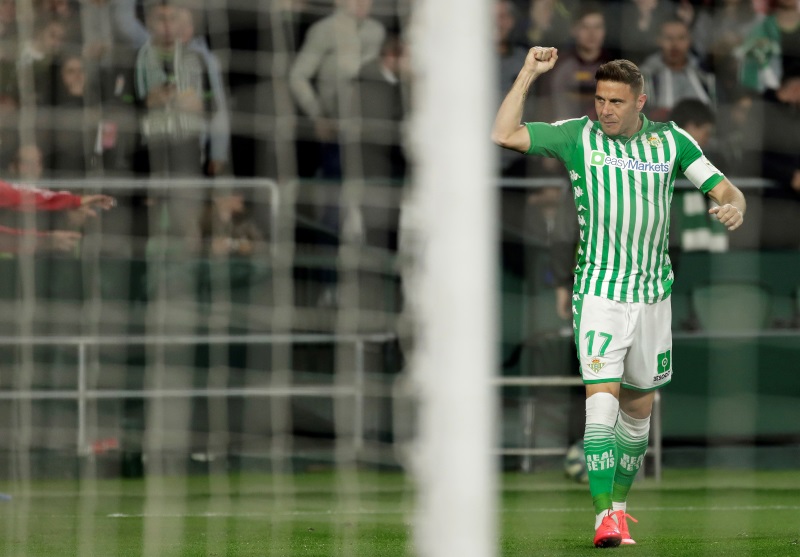