Del Bosque: Trio could succeed me

Del Bosque is all-but-certain to vacate his post as Spain Coach after Euro 2016, and he put forward three names he felt could replace him, including Everton boss Martinez – despite the latter’s lack of managerial experience in his home country and reports his job was under threat.

Caparros had been touted as the shock favourite for the position, but the 65-year-old’s comments seemingly rule him out of the running. 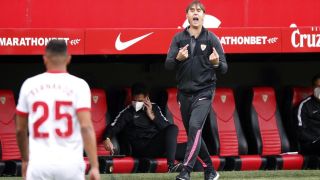