Levante have announced the signing of striker Deyverson from Portuguese side Belenenses for a reported €2m, subject to a medical.

The Valencians had been seeking a new centre forward following the departure of David Barral to the United Arab Emirates, and they have landed their man in the 24-year-old.

In a statement on their official website, Levante confirmed Deyverson was due in Valencia at 11:10 CET and would subsequently undergo a medical.

Deyverson, who arrived in Europe via Benfica in 2012, scored eight goals in 16 Primeira Liga appearances for Belenenses last season, before spending the second half of the campaign on loan with Koln in the German top tier.

A fee of around €2m has been mooted by the Spanish Press, making the Brazilian one of the most expensive signings in Levante’s history after Pedro Leon and Vladimir Manchev. 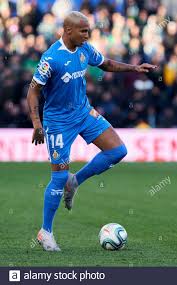