‘Laporta to stand for Presidency’

A close ally of Joan Laporta has confirmed the former Barcelona President will again stand for the office.

Enric Masip, a former handball player, has told Catalan radio that while Laporta’s candidacy isn’t official, it will be very soon.

“I’d imagine it’s a matter of hours or days before Joan makes the announcement. It’s very close but officially, it’s like a transfer, you can’t communicate it until it’s done,” Masip said, Marca reports.

“The situation at Barca was different in January. He was talked about as a solution. Obviously, [the treble] covers up a lot of things. Just four months ago people thought things were terrible and a change was needed.

“Maybe now they see that because we have been successful, there’s no need to touch anything. That’s what happens sometimes.

“Laporta is a guy with empathy and communication skills. Everyone knows he gave everything for Barca.

“If he stands I’ll be involved, contrary to what I’ve read. I’ll work on the club model, the ideology and other things.

“We are the greatest club in the world for a reason and that has to be recovered because there is a lot that isn’t as it was.” 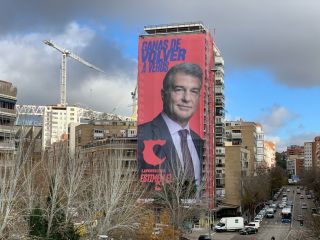 Barcelona hopeful Laporta to use banner for charitable purposes
22 February 2021, 18:17 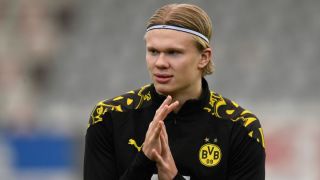 Barcelona presidential hopeful Font claims it is “irresponsible” to say the club can sign Haaland or “Champions League stars”
19 February 2021, 20:22