Athletic Bilbao have announced on their official website that Aymeric Laporte has extended his contract until 2019.

The defender has long been a reported target of several European giants, including Manchester United and Barcelona, but he will now stay at San Mames for at least another season.

The club have also confirmed that the Frenchman’s release clause has been increased from €42m to €50m.

This is the fifth professional contract signed by Laporte in the two-and-a-half years he has been in Athletic’s first team.

Shortly after debuting with Los Leones in November 2012 under the stewardship of Marcelo Bielsa, Laporte signed a three-year deal until 2015, with a clause of €18m.

The 21-year-old then signed on for an extra season just two months later, with the clause being upped to €27.5m, before agreeing a new deal until 2018, which included a €36m clause. 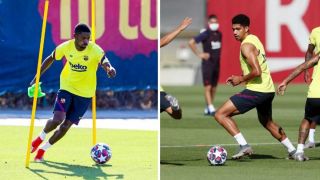