Cristiano Ronaldo was spotted with ice on his knee after he was withdrawn during Portugal’s friendly defeat to France.

Ronaldo played 75 minutes of the 2-1 reverse, lining up alongside Real Madrid teammate Pepe against club colleagues Raphael Varane and Karim Benzema, who opened the scoring.

Benzema netted after three minutes with Paul Pogba doubling the lead shortly after the hour before Ricardo Quaresma pulled a goal back.

Valencia’s Andre Gomes was also part of the Portugal side while Atletico Madrid’s Antoine Griezmann started for Les Bleus, as did Tiago Mendes for Portugal.

Ronaldo had an ice pack on his knee after he was replaced by debutant Joao Mario, raising concerns about a return of injuries the forward was struggling with earlier in the season. 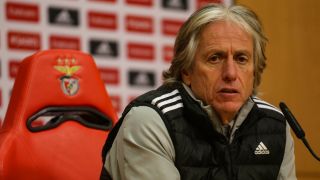