Raul: Casillas has nothing to prove

Casillas was left stranded after his decision to come out for a looping header backfired when Atletico Madrid’s Diego Godin won a flick-on and sent the ball towards goal, late in the first-half of the Champions League final.

Despite Casillas’ desperate attempt to prevent the ball crossing the line Atletico took the lead and held on until injury time, when Sergio Ramos levelled the scores.

Madrid pulled away in extra-time, eventually winning 4-1, and Casillas was able to lift the trophy, the club’s 10th, the fabled Decima.

“Iker has had a great Champions League and a great season,” Marca reports Raul as saying regarding his former teammate.

“He was unlucky with the goal, but if Madrid got to this final it is because he had many good days.

“He doesn’t have to prove anything. I’m very happy for everyone and especially him that he was able to lift the European Cup.”

Raul knows what it’s like to win the Champions League, having played in and won three finals during his time at Santiago Bernabeu.

“Playing a Champions League final is the top for club level. I was able to play three finals and win three. Many memories came to mind,” he added. 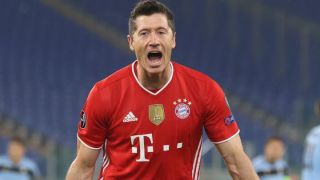