Pep: Bayern not at their best

Pep Guardiola has admitted that Bayern Munich are not going into the Champions League semi-final with Real Madrid in their best form.

The Bundesliga champions beat Eintracht Braunschweig 2-0 on Saturday but the game was goalless until the 75th minute, when Claudio Pizarro opened the scoring. Mario Mandzukic added a second two minutes from time.

Bayern have however lost two of their past five games, having wrapped up the German title with more than a month of games to spare.

Their form since they were confirmed as champions has caused Guardiola concern, AS reports the former Barcelona Coach as revealing.

“We’re not arriving for the match at [Santiago Bernabeu] at our best,” Guardiola said.

“It wasn’t easy [against Braunschweig] but in the second-half we controlled the game and won.

“We need to deliver a superior performance against Madrid if we want to be in the Champions League final.”

Goal scorer Pizarro added that the victory will help Bayern against Los Blancos.

“It was an important win before playing Madrid. It gives us confidence,” the striker said. 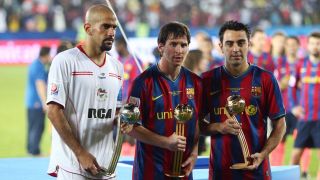