Real Madrid this weekend sent scouts to Portugal to watch young midfielder William Carvalho, it has been reported.

AS cites a story from Portuguese publication A Bola, who claimed Madrid were among the many clubs watching Carvalho during Sporting Lisbon’s 2-0 win over Gil Vicente.

Manchester United, Arsenal and Malaga were the other clubs to have representatives present.

Carvalho recently turned 22 and is considered one of the best midfielders of his age in Europe, AS say, and is expected to not only be part of the Portugal squad at the World Cup but to make the starting XI.

He took Jorge Mendes as his agent in October, a few months after signing a new contract with Sporting that runs until 2018 and contains a buyout clause of €45m. 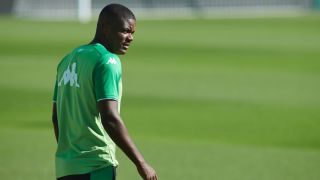