Dortmund to buy back Sahin

It is believed to be only a formality for Borussia Dortmund to sign Nuri Sahin back from Real Madrid next summer on a permanent basis.

Los Blancos picked up the Turkish international from the Bundesliga outfit in 2011, but saw his first season in Madrid interrupted by early issues with injury.

On from an unsuccessful six-month loan spell at the start of the 2012-13 season with Liverpool, the 25-year-old returned to Dortmund last January on an 18-month loan contract.

Now, just beyond the midway point of that temporary arrangement, Kicker are reporting that the Germans are ready to make permanent the midfielder’s return.

It is believed that Dortmund officials only have to make their final decision on a €7m purchase option on Sahin by the spring of 2014, but that they are already convinced enough that it looks a certainty that they will exercise that clause. 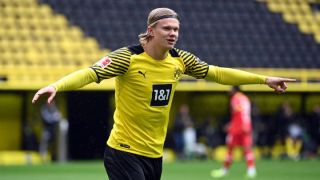