Both Joel Robles and Silvio Pereira are close to completing temporary transfers out of Atletico Madrid in the coming week.

Reserve goalkeeper Joel has yet to feature at all this season and is currently spending the week training with Premier League outfit Wigan Athletic. It is understood that manager Roberto Martinez will assess the 22-year-old during this time ahead of an anticipated loan switch to act as cover.

Meanwhile, Silvio is reported as just a medical examination away from reunited with former Braga Coach Domingos Paciencia at Deportivo.

The Portuguese full-back was described as similarly close to joining Mallorca just last week, but is understood to have had his head turned by the appointment of his former Coach at Riazor. Atleti and Depor have already agreed terms on a six-month loan switch. 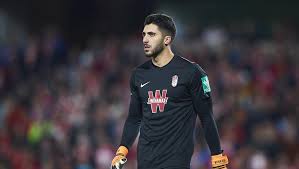