Cerezo: We couldn’t ask for more

The season resumes this weekend with second placed Atleti sandwiched in between Spanish football’s traditional powers, nine points behind Barca and seven ahead of Madrid.

“It is important not only for Atletico, but for football fans in general,” Cerezo told the club’s official website. “In a League that was always a two horse race, Atleti have hit the mark and got right into the leading group. We couldn’t have asked for more from 2012."

The patron credits most of their success to Coach Diego Simeone, who has led Los Colchoneros to the Europa League and European Super Cup since taking charge just over a year ago.

“Maybe the most outstanding thing is the change the team has been through in such a short space of time. He gave us confidence, stability and above all, optimism and happiness. When El Cholo took over it was a sad team, I don’t know why exactly, but it was.

“They went out thinking they could lose. Today you see them coming out and the first thing they think is – we can win.

“We want to finish in the top four, have a good cup run and – if it’s possible – retain the Europa League.” 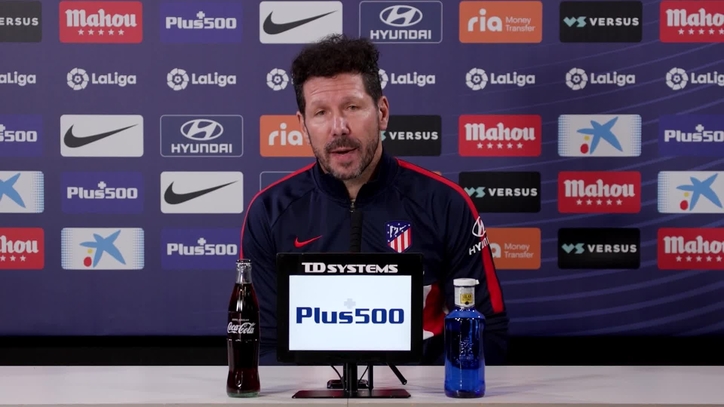